In Australia we have little to do with whether Britain exists the European system of combined nations. What we do see, however, is an overall view of how it sits in the big picture. With a large percentage of our population being of European or British descent there is a connection to what happens in their country of origin and, of course, an influence on relatives in the home country in matters like this. The question is would Britain’s exit from the European Union affect us financially?

The bigger question is what if anything will it do to a struggling world economy? My prediction is very little. The financial situation world-wide is on the brink of collapse and this has to do with the bigger players like the USA and China. Already both their systems are propped up and failure is inevitable.

From Australia’s viewpoint the entry of Britain into the European Union (EU) had its effect at the time of the amalgamation. Our big trade partners at that time were Britain and countries in the Union that then had to sever their links with Australia and trade among themselves. That left us in the situation whereby we would have drowned in uncertainty and the lack of exports, and so on, if it were not for some clever manipulating that saw us suddenly become a part of Asia.

Now our biggest trading partners are China, Japan, and the rest of Asia with the USA included. The effect on our economy was huge as these nations suddenly had access to quality goods, mainly of an agricultural nature, and our exports rose exponentially. On the back of that we escaped the Global Financial Crisis (GFC) that hit most everyone other than Australia. 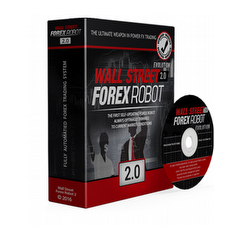 Discover A Rock Solid, Accurate And Reliable Trading Tool That Can Profit In Any Currency market
Wallstreet Forex Robot

We are in a different crisis now as we draw closer to the day of non-survival events. The world tethers on the brink of major destruction from so many forces that are already well-known. Chief among them will be the collapse of the economy which will see major wars and disruptions to all that we depend on for life. It has already started so the effect of Britain leaving the Union will be of no real consequence to our economy or people.

What it does to the rest of the world, however, is to be seen as huge migratory patterns are a major factor in how people will vote on June 23rd, 2016. Looking at it from my perspective we seem to be on the right path for major destruction which is in the bible. Following my reincarnation and with knowledge of how wrong man is on issues of major importance it is no wonder that we are in a situation where something as remote as Britain leaving the EU could cause havoc.

Australia is as remote from that problem as it is from Britain itself. We have a buffer but not security. however, if the bigger players like China and the USA are hit hard by the exit of Britain from the EU.

Why Money Is the Root of Evil

Knee Replacement Surgery Facts: What Happens Before, During and After Knee Arthroplasty?

Over a period of time, due to advancing age or injury, the knees lose their flexibility. As a result, it