For hundreds of millions of years, deposits within the earth resulted from the death of old forests, the movement of land, and the shifting of oceans. Bit by bit, layer after layer, plants, animals, and minerals have been positioned to form our world. Now, after only 200 or so years of industrialism, it is being reshaped and depleted until it faces death through greed, over-cultivation of the soil, extraction of resources, and the pumping of fossil fuel gasses into the atmosphere.

If you were God what would you say to humans standing before you and awaiting your judgment? Would you ask why metals are more important than breathing, or why electricity extracted from coal is more important than food? Perhaps you might ask why so many hate their grandchildren and the future that could have been but will never be because this generation didn’t care.

One thing reigns supreme over the man-made world of destruction – Money. If you were questioned by god, what would you say in return? Perhaps you would answer that without money you could not survive in a world that is dependent on it. You might say that the food in the jungles you are helping to cut down is not adequate for your taste. Then again you might argue that you need the electricity to see and the coal to keep warm.

But what if God reminds you that money has only been around for 2,000 years and that trade and commerce are the result of the second beast of Revelation, who is Constantine? You might then learn that it was he who invented the Catholic Church, Jesus Christ, and the economic system; that it was he who blinded and deafened you to the facts because he forced everyone to worship his gods.

Sometimes we need to reflect on these past events to understand where we are and why we are here. In my case I have an advantage because of memory of reincarnation and knowledge that we have all lived before. That wipes out the religious belief of heaven and hell, as well as devil, angels, and saints.

The spirit lives beyond the grave and is reborn some 7 times, according to Job 5:19-22. We are told that in the last days the graves will give up their dead in Isaiah 26:19. We are also told in Isaiah 45:4-8 that there is only one God and nothing or no one else. That means the Trinity, which was introduced by Constantine, does not exist.

Helping Americans achieve curative self-sufficiency even in the darkest times.
The Lost Book Of Remedies 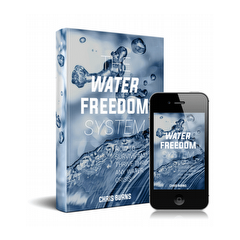 Then why are we here and what is life about? Why do we suffer and lose loved ones? Why are things so hard to do and sometimes seem impossible? Why should we make an effort to be successful?

The answers are in the bible and there is one in prophecies are the explanations. A group called the Children of Israel are put through the fires of refinement to produce perfection at the end of the day. That time is now and they are blossoming with spiritual gifts that include miraculous healings and peace beyond knowing.

There is no judgment of anyone because we have all done what was required of us. Only the spiritual people are meant to survive the devastation that is coming and only God knows who they are.

While the rest continue to use money to deplete resources, pollute the environment, make wars, and cause hardship for many they are like the soil in which God’s plants have grown.

Brexit and the Financial Effect on Australia